Are You Having an Intellectual Debate or a Religious One? 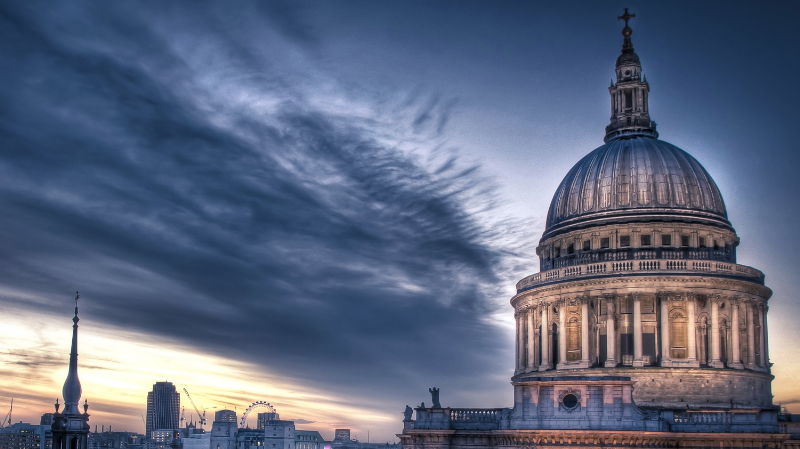 This article was originally published by our Co-Founder Roshan Paul on LinkedIn. Head over there to read more of his posts!

I recently watched two friends have a public debate. It started when Marshall Ganz of Harvard University co-authored a polemic in the Stanford Social Innovation Review called “Social Enterprise is not Social Change”, in which he argued for more support for politics instead of social enterprise. One of the organizations they criticized was Ashoka. In response, Ashoka staffer Michael Zakaras wrote a strong rebuttal in Medium. Both articles were widely shared in my professional circles.

I watched the debate with interest because I know both parties well. Ganz is a former teacher and mentor, and is currently on the Global Advisory Council for my organization, Amani Institute. His influence played a pivotal role in our curriculum design. On the other hand, my co-founder and I worked at Ashoka for a combined seventeen years, and its approach to social change also fundamentally underpins both our curriculum and team culture.

Because I knew both sides well, it dawned on me that they were having a religious debate masquerading as an intellectual one.

Ganz believes passionately in the role of government to solve social problems. This is his ‘Church’, so to speak. By contrast, Ashoka comes from the church (or, more appropriately, Buddhist monastery) where individuals must act because government is incapable of solving our problems. Ashoka believes this to such an extent that when one of their Fellows goes into government, that person is stripped of his prestigious “Fellow” title until they leave the government and re-enter civil society.

This is not Catholics versus Protestants. This is Christians versus Buddhists – a fundamentally different notion about the path to enlightenment, about how social change happens. More accurately, it’s monotheists (there is one God called Government) versus atheists (there is no God; everyone can be a changemaker).

Ok, I will stop flogging this metaphor now.

But before that, I must credit my favorite  writer, Aaron Sorkin, for this framing as a religious debate. In The Newsroom, he writes a scene in which the President of the company and one of his employees disagree about who really creates jobs. It’s a great scene. Watch:

Once you realize our propensity to have religious arguments disguised as intellectual ones, you start to see it everywhere around you. Take the recent Serena Williams controversy – whether you think she’s a bully or that tennis umpires are sexist and racist likely depends more on your own mental models (i.e. your “church”) than any objective facts about what really happened in that US Open Final.

I was in a similar debate recently myself. On a trip back to Harvard, I met with a friend who had left the (very successful) social enterprise he co-founded for a job in local government in Boston because he believes, very reasonably given his personal background, that government is the avenue from which changemakers must work. By contrast, my own social enterprise operates in 3 countries, all regional powerhouses, whose governments are bywords in corruption, obstruction, and incompetence.

“I’m increasingly seeing the value of libertarianism”, I told him.

“Please don’t say that”, he pleaded in horror.

Like generations before us, we debated, in a street-side Cambridge café, over pizza and beer. But we were having the wrong conversation. We belong to different faiths and so rather than argue over which faith was right, we should have discussed how both faiths can work together to make a better world. This is how Ganz and Ashoka should come together too.

Does any of this sound familiar? Can you remember intellectual arguments from your own life that were, at their root, arguments about values and beliefs?

Of course, these arguments happen as much, or more, in our personal lives as in the work place.

The problem with religious arguments, as Ganz himself taught me in one of his courses, is that you can never “win” them through the use of evidence, facts or logic. The only way through is to mobilize a different set of values that the other side also believes in and find common ground that way. (At Amani Institute, we have created initial curriculum on this, but didn’t end up pursuing it further. We should.)

I’m striving to be more conscious of when I’m in a religious debate. Recently, a friend queried whether one of our programs in East Africa is consistent with our social mission. When I explained how the program does have social impact (an intellectual response) she reacted by wondering if we still believe in this form of capitalism (a religious response). Suddenly, I could hear the church bells ringing. And so I switched tack. I knew we shared a common belief: that it is vital for social enterprises to engage with the private sector and influence companies to behave more positively. I pointed out that our program has systems-thinking and values-based components to its curriculum. She accepted that, and we moved on.

But it was important that I didn’t try to argue with her about capitalism (my instinctive and “religious” response), but rather switched the conversation to another set of values we both hold – the importance of collaboration to solve problems.

It’s not easy to do, however. Only last week, the same friend and I just couldn’t agree on one aspect of the #MeToo movement. Only too late did I realize we were in a religious debate, not an intellectual one. It’s an easy trap to plunge into.

The next time you find yourself in a difference of opinion with someone and you can’t move them with data or logic, it may be that you’re in a religious disagreement. They are simply using a different set of values and logic than you. The only way through may be to explore how you can find common ground to work together.