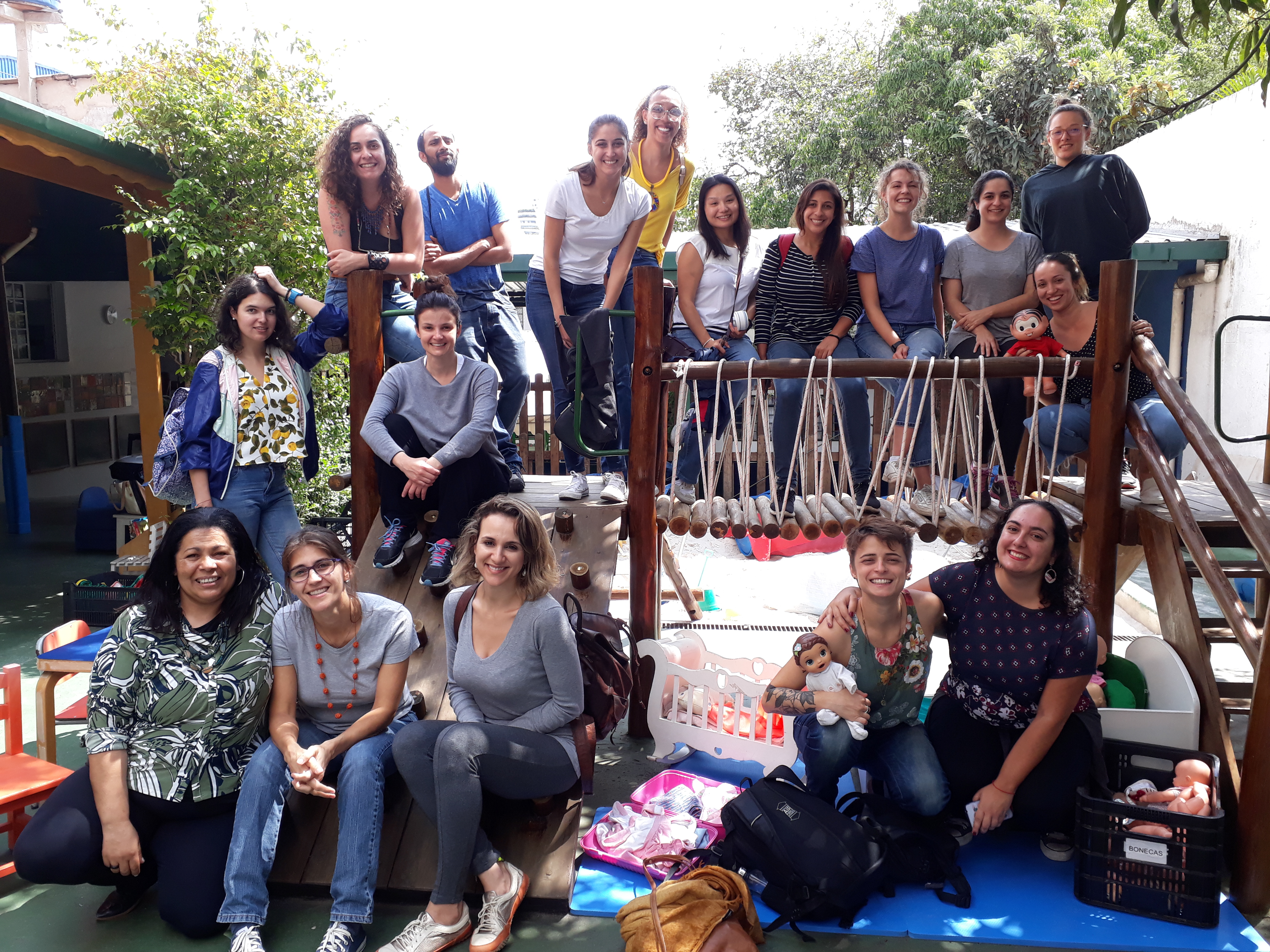 What do a former biomedical engineer, lawyer, software engineer, and 2 IT professionals have in common? They have all transitioned from their previous careers into social impact in order to become founders and founding members of their respective organizations. 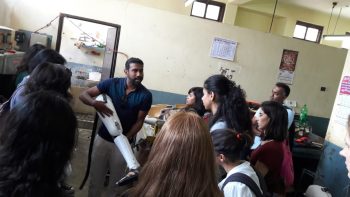 “There are over 7 million lower limb amputees in India and 90% of them do not have an effective solution.”

Arun Cherian was an engineer in the US in the process of completing his PhD when he returned to India for his sister’s wedding. He was captivated by the durability and flexibility of a specific type of cane wood indigenous to southern India and began testing its feasibility for usage in prosthetics. Eventually, he decided to forego his PhD all together and Rise Legs was born. Typically, the cost of a prosthetic leg ranges from $1500 to $50,000 USD. However, Arun developed a product which is lighter and more resilient than a traditional prosthetic leg for only $250. Recently, he has begun allowing artists to create art out of the leftover cane wood, with the proceeds going towards subsidizing the patients’ costs.

Amani Fellow, Krisstina Rao reflected on her experience by saying, “Arun came with so much skill, having developed high-value exoskeletons, and put that to use in developing sustainable and desirable prosthetics for amputees. I liked his take on how for Rise Legs, if people were not at the center of (his invention), then it wouldn’t make much sense. So not only did he develop a new product (cane-based prosthetics), but redefined the way people viewed prosthetics– the need for it, and the process of getting one.”

“India’s century-old education system is highly commercialized, and is not conducive to learning and creativity by design.”

“I was so impressed by how these kids were having such an unconventional and holistic learning experience. They truly gained joy out of everything they did. They seemed so keen to make us part of their world by sharing little anecdotes and experiences that they have had at Project Defy. It’s truly a school for the future and I’m glad these kids are getting to experience it.”- Gunjan Talreja, Amani Fellow

Abhijit Sinha had moved into a village when a group of children began playing with his phone. Despite never having used a smartphone, they were able to beat his score on the game Temple Run in a matter of days. This got Abhijit thinking about the need to reclaim the meaning of education and laid the foundation for the creation of Project Defy. The basic tenets of their approach are “learning happens naturally” and “information is available freely.” They have created their own learning centers called “nooks” where members of the community are able to come and create freely through self-learning. 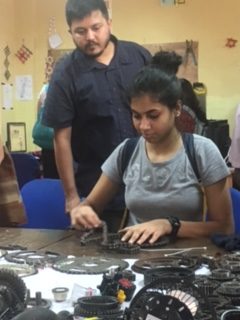 “We work with citizens to catalyse activity citizenship in city neighbourhoods and with governments to institute reforms to city governance.”

Combining government advocacy along with active citizenship and civic learning models, Janaagraha seeks to create systemic change on multiple levels. Their achievements include Bala Janaagraha, which has reached over 200,000 students across 500+ schools, and MyCityMyBudget, which received over 67,000 inputs from citizens of Bengaluru for the 2018-2019 city budget. Sapna Karim, who has been at Janaagraha since its inception in 2001, noted that one of their biggest achievements was being included in India’s Annual Economic Survey two years in a row. When asked what qualities she has seen during her tenure as crucial for active citizens, she said, “Tolerance, staying the course, patience combined with urgency, as well as open communication and positivity.“

“Moving a rock in a day might not be possible but one day it will be. This is the sentiment I got while visiting Janaagraha. Their endeavor to better society by improving the quality of citizenship is a mammoth task that requires a huge amount of effort without many visible results as it involves system change. But it’s the drive of a bunch of committed people bent on manifesting is what drives the organization. And, organizations of such kind are a must for being the catalyst of clarion calls towards social impact work. “- Amani Fellow, Arindam Biswas

“There were hardly any women coders and they were constantly mistaken for more subordinate roles simply because they were women. This was, and is, just a small part of a larger conversation. Despite progress in ensuring opportunities for women in STEM, women and girls continue to be systematically underrepresented as users and leaders in the fields of science, and technology.”

Founded by 4 women in 2010, AkiraChix is a not for profit organization that aims to empower generations of women to be creators, drivers, leaders, and decision-makers in the IT industry. One of the founders, Marie Githinji, also faced barriers in IT, as the advice was to pursue a career that was more favorable towards women.

They decided the best strategy in order to do this was to reach out to local Kenyan young women from poor socioeconomic backgrounds who had less access to tertiary education. For the past eight years, Akirachix has selected 30 young women per year to take part in a 12 month intensive course on programming, design, front-end, hardware, and entrepreneurship. Former UN Secretary, Ban Ki-Moon, called the organization “the best thing he had never heard about, the hope of Africa.”

“The fact that Akirachix gives young women access to education, digital literacy skills and the internet makes these young women’s potentials limitless. I was touched by the mission to help girls that are at risk of exploitation to break the cycle of poverty, and build sustainable futures in the digital economy.”- Amani Fellow, Violet Nyokabi

Social Innovators come from diverse backgrounds. Whether you are an engineer or someone who has been working in the social sector for over 20 years, there is always room for growth, innovation and the creation of a more purpose driven economy.

“We aim to enable the human development of each student, making them sensible and capable of transforming their own reality and the world around them.”

The second largest favela in São Paulo is Paraisópolis, with an estimated population of 100,000 people. With 15 years of experience, 175 students per year and 15,000 books in their library, the core program of the NGO Instituto Pro Saber is the Read and Play Program which engages children and their parents on playing and gives them access to the books in the library. This helps the students develop their communication, language skills, and self esteem. A psychologist by training, Maria Cecila Lins started the organization after teaching in private schools in Brazil. She was also a Fellow in Amani Institute’s Social Innovation Management Program in Brazil.

“Instituto Pro Saber presented a well-defined structure of action that influenced the students, working towards a concrete goal. The organization started with small steps leading to a bigger outcome, which was a lesson that draws mainly from their work with young people, who face many difficulties, which can be seen in a different way if these adolescents are stronger, with high self-esteem.”- Amani Fellow, Lorraine Carvalho Silva

Social Innovators come from diverse backgrounds. Whether you are an engineer or someone who has been working in the social sector for over 20 years, there is always room for growth, innovation and the creation of a more purpose driven economy.

Would you like to develop your career in social impact? Apply to join our Social Innovation Management Program, which is a 9 month Post Graduate Program with an immersion phase in Bengaluru, India, Sao Paulo, Brazil or Nairobi, Kenya. Join our tribe of over 370 Social Innovators from 52 different countries! Check out our application here.