Is that all we can do? – #1change Challenges 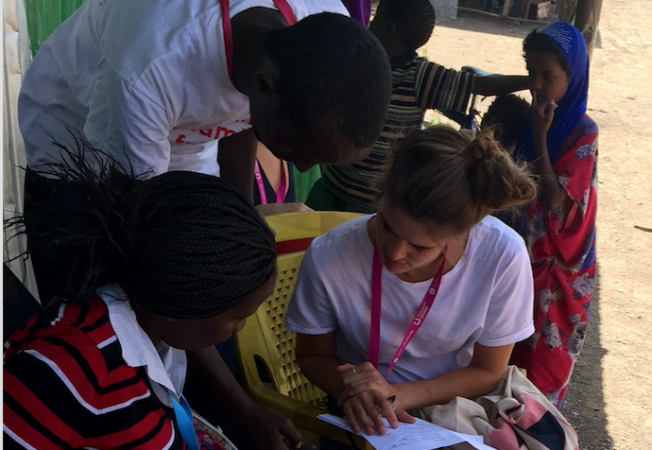 Born from a feeling of outrage against injustice and a wish to ease suffering, Giulia Balestra remembers how she used to say ‘I will change the world’ when she was a teenager. Stubborn in not settling for what people say is possible, she set out to find out how to actually do that in her early 20’s despite knowing how idealistic that sounds. Study – intern – work. This is how we are told things are supposed to work out in life. Of course that’s not the case – and sometimes learning about how other people navigated this can be an inspiration to keep on going as well.

If you are also on a discovery journey on how to create social impact, read on!

When you are burning to change the world – what would you choose to study? Giulia settled for anthropology as it seemed it would help her understand humans better. However – understanding people better is only half of the bet  – figuring out how you could make a difference in the world is the more daunting task. Looking into the high rate of burn-out in the social change sector the question could also be: how not to become a disillusioned idealists (i.e. cynic)?

Finding the ‘How’ – The Wound-Gift Concept

Sometimes part of the ‘how’ can be found directly in our biography. Having literally lived on the border between Italy and Switzerland her whole life Giulia knows a thing or two about borders – both, external and internal ones.

It’s funny how we carry our themes throughout our lives – and hers is that of not really belonging. Not fitting in. Putting herself repeatedly into situations where she is the ‘other’.

And so it wasn’t a surprise that in-between degrees she chose to work at a refugee center in Switzerland. But it wasn’t until later as an Amani Fellow that she understood, that despite her privileges as a European, her own experiences as the ‘other’ helped her build the empathy and understanding necessary to work with people on a journey to find refuge. Working through our own wounds helps us develop capacities that can be a gift to the world.

The Pivotal Question: Is This All We Can Do?

Sometimes a single experience can change the direction of our life.

Imagine you work at a refugee center, still idealistic and burning to make a difference.
A woman, Awa, from Afghanistan arrives at the center only to be turned away to another center that handles women and children. Her newborn baby is with her – her husband isn’t. She had to leave him behind in Istanbul. And then, suddenly, she has a melt-down in front of you. Hard to believe, that someone who has crossed a sea on a tiny boat and made it so far against all odds, would crumble at the thought of taking a Swiss train without someone helping her. But there she is and you want to help her.
But your manager says ‘that’s all we can do’. 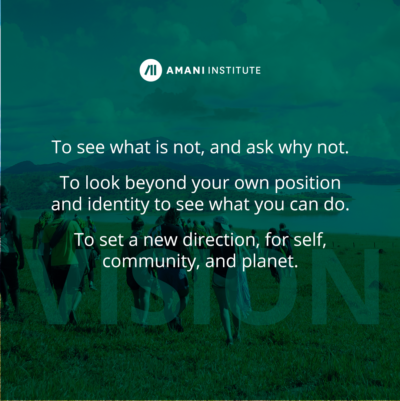 Giulia kept hearing this throughout her time working at the center: ‘You’ve done your job. That’s all you can do. Move ahead’. But there is something that offended her in this statement.

Isn’t this a creeping feeling that a lot of us have? That it’s actually not true that that’s all we can do? That someone needs to challenge the status quo and stand up where other’s won’t?

This is the moment when our ‘how’ is challenged.

In the moment when Awa broke down, Giulia didn’t yet have the agency to do what the rest of her Self was shouting to do. But she saw what was missing and asked why not. She wasn’t satisfied with the answers and decided to go on to learn how she can stand up and make that difference.

Negotiation and Compromise: Being Part of the System You Want to Change

Sometimes it makes you feel empty when there is so much pain around you. Working at the center, Giulia still had her dreams but her nightmares became other people’s nightmares. Seeing people shutting down after a few years working in the field she started to understand why people set limitations to what they can do. Learning how to negotiate that room ‘for more’ and compromise in the same time to not burn out in the long run, became the most important question. Learning new ways how to go about this and to find alignment is what brought her to Amani in 2015  to study and train with people from all over the world dedicated to doing more and creating change as a next step in her journey.

Meeting Awa who had to leave her husband behind to make it across the sea as a refugee made Giulia live the question ‘how can we do more’. Letting her network know what her question is helped her find work that allows her to live that question fully: Today she is building digital bridges across boundaries that separate refugees throughout the world with REFUNITE in Nairobi, Kenya. REFUNITE helps refugees like Awa to reconnect with their loved ones across the world. 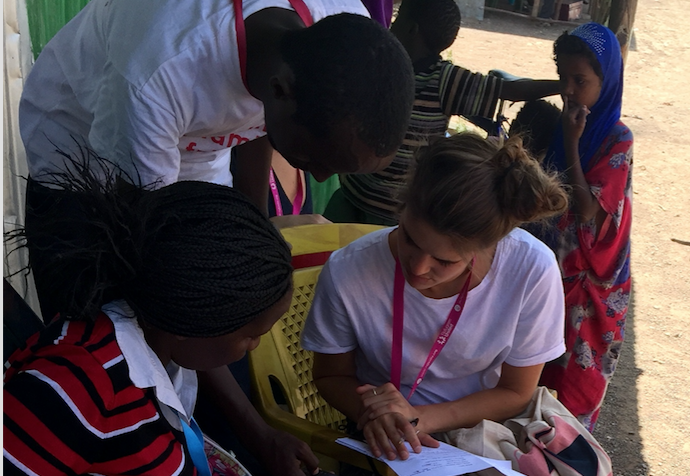 If we are not to become disillusioned idealists who retort to cynicism in response to the idea that we can do more and in fact, change the world, we need to develop the ability to live our questions instead of insisting on perfect answers – or the ‘perfect’ job.

If you also believe that there is more that we can do and want to hone your skills as a Changemaker in a global community of professionals dedicated to making their visions come alive, check out our program in Social Innovation Management and become an Amani Fellow! 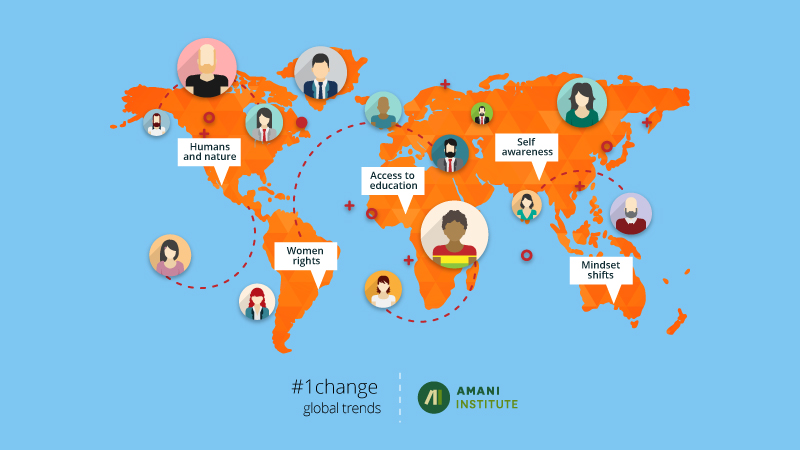