Learn About Our Courses #1: Storytelling as a Leadership Skill 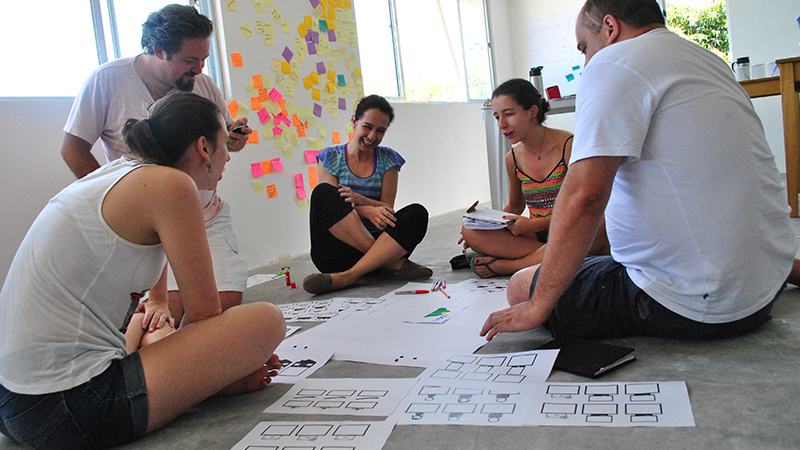 A couple of weeks ago, we announced our first list of instructors and courses for our upcoming Certificate in Social Innovation Management program. This week, we’d like to share an op-ed in the African Management Initiative blog that describes one of these courses in more detail: Storytelling as a Leadership Skill. Click here to read the article on the AMI blog, or keep reading below:

Storytelling as a Leadership Skill

Ever since the Barack Obama 2008 Presidential Campaign used storytelling to such great effect, storytelling in professional settings has been on an upswing. People are seeing its value not just in political organizing but also social change making and business management. Why is this so? Humans interpret the world in two ways: through narrative and through analysis.

Analysis uses critical reasoning and evidence and deliberation to teach us how to act. Narrative uses story and emotion to teach us how we feel about things, which in turn tells us why we act. Unfortunately, in nearly all of our communications, we tend to use analysis to persuade others, despite all the evidence suggesting that people are more effectively moved by stories. When it comes to getting people to act, the most brilliant piece of big-picture analytical reasoning is simply no match for the well-told, detail-filled, specific story.

Take, for instance, Acumen’s Jacqueline Novogratz. In her effort to demonstrate the interconnectedness of humanity in today’s world, the Acumen Fund founder could present an economic analysis about international trade and flows of goods and services. Nobody would remember a word of it. Instead she tells the story of her ‘blue sweater’. The sweater, which pictured zebras grazing in front of Mount Kilimanjaro, was Novogratz’ most beloved article of clothing throughout middle school. After a ninth grade classmate made fun of Novogratz for wearing the now ill-fitting sweater, during her freshman year of high school, Novogratz’ donated it to Goodwill. Fast-forward ten years: Novogratz is living and working in Rwanda when she sees a young boy wearing the exact same sweater. She runs over to him, looks at the sweater’s tag. Sure enough, her name is there, in faded black ink.

The story makes the same point about the interconnectedness of humanity in a modern economy as a presentation on trade flows would—but it makes that point better. In a way we’d remember it. Our storytelling workshops are based on Marshall Ganz’ Public Narrative technique, developed at Harvard and used to transformative effect in the Obama presidential campaign. Public Narrative is the art of translating values into action, through stories, and thus persuading people to help you make change.

In the course, we explore storytelling as a leadership skill, breaking an effective story down into its three component parts and practicing each part before integrating back into the whole. We study videos of masters of this art, both expected virtuosos (Obama, Martin Luther King Jr, Shakespeare) but also some perhaps unexpected ones (Bono, J.K. Rowling, Sir Ken Robinson). Each participant also develops their own story. And nearly always, when participants deliver their own public stories, I find myself wowed, half the time wiping away tears and the other half reduced to fits of laughter. It’s a tool that works, with the potential to transform the way we work with others (colleagues, clients, investors, partners, customers, etc) by focusing on why we do things and not merely on what we have to do.