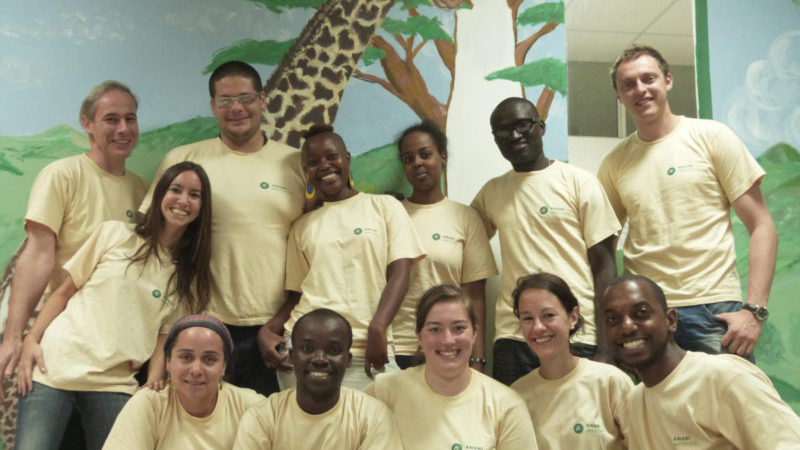 Amani Institute is proud to announce a new collaboration with the Sophia Foundation, initiated by Amani Fellow Jessica Chaplin, who took part in our first Social Innovation Management Program in Nairobi 2013.

The Ushindi Scholarship Fund was initiated by Amani Alumni Jessica Chaplin in remembrance of Siegfried ‘Ushindi’ Rossmueller, who tragically and unexpectedly passed away in December 2014. Jessica felt it would be meaningful to keep Siegfried’s memory alive within Amani Institute, an organization where he felt very much at home. Lorraine Forbes, the founder of The Sophia Foundation had the pleasure of meeting Siegfried when he visited South Africa in November 2014 shortly before he passed away.

The Sophia Foundation is a non-profit organisation based in South Africa. The foundation was established with the intention of stimulating and encouraging the upliftment of the human spirit by fostering a love of wisdom, beauty, truth and compassion. The Sophia Foundation supports a few projects that promote:

“The foundation is excited to be contributing towards the Ushindi Scholarship Fund for the next 3 years. We look forward to playing a small role in contributing to the growth and further development of leaders in the social impact space. Thank you Amani for allowing us to be part of the incredible work you are doing!“ says Jessica.

“By supporting the fund for the next three years, Sophia Foundation is ensuring longevity of Siegfried’s vision of creating change” says Roshan Paul, Co-Founder and CEO at Amani Institute: “It’s our vision to build a world beyond boundaries – and in a very special way Sophia Foundation is continuing Siegfried’s legacy as a changemaker who walked his talk.”

Siegfried dedicated his life to Africa, the arts, and marine life, which is why the scholarship will go to an Amani Fellow who is either from an African country, an artist or works on issues of the environment.

“Siegfried had taken a big step in leaving his successful corporate role at Ikea to travel, learn, connect and pursue a career that was more in line with his interests and values. I do believe his determination and inquiring mind would have continued to lead him on a path where he was able to create the impact he desired and that it would’ve brought him much fulfillment”, says Jessica Chaplin about Siegfried, with whom she used to share deep conversations and long walks while studying together at Amani Institute.

If you also care for the arts or the environment or want to support a young changemaker from the African continent, you are welcome to join Sophia Foundation in building the Ushindi Scholarship Fund. Contributions of any amount are welcome and will enable someone to receive a world class – and life-changing – training through Amani Institute’s award-winning Fellowship program in Social Innovation Management. 100% of all contributions will go towards scholarships for the program. Learn more here.