Perspectives from our Fellows: One Salon and why Nairobi is One of the Best Places to Build Your Network and Skills.

I believe that to change the world, you must first change yourself. It’s an old adage, but it remains true for the simple fact that truer words have never been spoken. Now ultimately what changes a person are experiences. These experiences are seemingly infinite in their variety and can be big or small, positive or negative, or hell, even both.

One experience in my life that has definitively changed who I am and galvanized my passion for positive social change was the Social Innovation Management program at Amani Institute. This course challenges parts of your mind you didn’t even know existed, peels back all the false assumptions you have about yourself, and provides the personal and professional skills to be a true changemaker. This course also takes place in Nairobi, a city where with a simple handshake you could meet an MIT scientist, a Harvard economist, or a homegrown entrepreneur from the slums whose story alone can transform the perspective you have on life. A bit dramatic-sounding perhaps, but every bit accurate in describing the kind of hub for creativity and collaboration that is Nairobi.

It was in this atmosphere of rampant cross sectoral mingling that I met a gentleman by the name of Max Song. Max is a data scientist out of Silicon Valley and nothing short of what one might call a ‘whiz kid’ who told me about a movement he had started called the One Salon.

“Salon?!?!” I thought, “…why would I be interested in hairdressing?”. The One Salon however was based on the salons of Early Modern and Revolutionary France that played an integral role in the cultural and intellectual development of the country. The salons were seen by contemporary writers as a cultural hub, responsible for the dissemination of good manners and sociability. It was not merely manners that the salons supposedly spread but also ideas, as the salons became a centre of intellectual as well as social exchange, playing host to many members of the Republic of Letters. Max built upon this idea to found the modern One Salon as a high-quality intellectual, emotional and experiential gathering, mixing diverse communities in order to think deeply, question everything, and create anew. It is part of a global network with chapters in New York, Paris, Berlin, Palo Alto, Stanford University, Maui, several cities in China, and several others now taking hold around the globe. 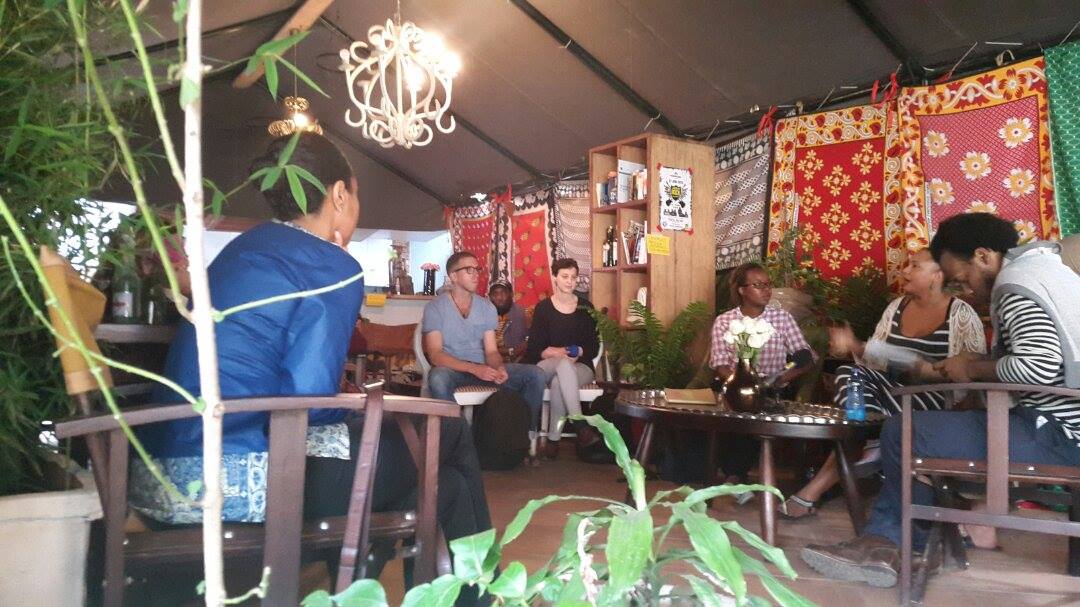 After a pilot was conducted for One Salon – Nairobi, I was instantly hooked. The amount of insight, experience, and compassion in the room was palpable. Max approached me and asked if I would in fact like to found the Nairobi chapter with my now partners in crime, Chief Nyamweya who owns an animation company called The Tsunami Studio, and Antonia Kihara owner of the Soulfood Café. So far we have hosted events on everything from Feminism and what it means for all of us, to place-making and how we can design spaces for a more vibrant world. We’ve also explored the African education system, discussing what we want to see for our future generations so that they can challenge the status quo, help youth adapt to a changing world, break free from traditional doctrine, and create a generation of leaders with intelligence of both heart and mind. Our last event touched on LGBTQI rights where we explored how to navigate the present controversial climate in Kenya and invent new realities in which all individuals have an opportunity to love and thrive, where patriarchy and prejudice are relics of a distant past.

Our membership is currently around 100 thought leaders and growing, whereby every event brings out new individuals looking to delve into unknown territories of the world around them.

My experience with One Salon has unequivocally changed me for the better. It has exposed me to ideas and perspectives I had otherwise never been exposed to. It has introduced me to people that I have not only formed meaningful relationships with, but also plan to work with in the near future to actualize the change we’ve experienced in ourselves in the world around us. Soon the One Salon will launch our online platform, connecting minds around the world and sparking even greater growth. The One Salon is not simply a place or an event, it is an experience that shakes you to your core and challenges you to think differently and create positive change in the world. It is an experience I intend to bring back to my native Canada, and one I hope all of you one day have the chance to experience as well.