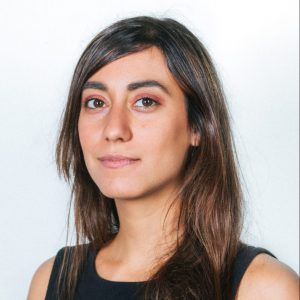 Amanda is Brazilian and works as a journalist and documentary filmmaker. She focuses on social projects aimed at preventing violence against women and girls, gender education in schools, sexual harassment and the right to the city. She has coordinated campaigns at UN Women Brazil, the United Nations Agency for Gender Equality and the Empowerment of Women, conducting projects, political articulation and communication contents on the prevention of violence against women. She directed the documentary Chega de Fiu Fiu about harassment against women in public spaces. In partnership with the Department of Political Science she has developed contents and interviews for the Human Rights Cartography platform, a project carried out by the UNESCO Chair on Education for Peace, Democracy and Tolerance of the USP (University of São Paulo). Previously she worked as the coordinator of communication at Polis Institute. Amanda was elected by the Brazil Post/Huffington Post in 2014 as one of the Brazilian Women who are making the country a better place. She was also elected as one of the 100 world’s Inspiring Women in 2014, by the think tank Olga, a feminist organization that combats harassment against women.

Her goal is to promote education focused on gender equity with a social innovation aspect.