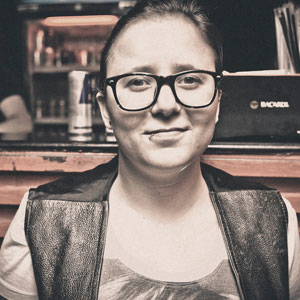 Born to Brazilian parents in Iraq, Bruna was raised primarily between the cities of Belo Horizonte and Sao Paulo, Brazil where she currently lives. As a child, she was very creative and eclectic, particularly enjoying problem solving. Throughout her life, she has been curious and has had an affinity to all things relating to art, music, gastronomy and travel. After earning her Bachelor’s Degree in Advertisement, Graphic Design, Gastronomy, and Interior Design from UNI-BH in Belo Horizonte, Brazil, she became a cook at a prestigious Michelin star restaurant. She also ran two different businesses, a tourist agency called “Gap Experience”, and a clothing store named “Bollocks.” However, her true passion from a young age was to study medicine and help people. Bruna’s life changed dramatically in 2011, when at the age of 26 she was diagnosed with breast cancer. For the entire year, she had rounds of radiation and chemotherapy. During this time, she began to re-think her life, became more spiritual and transformed into a different person. Another pivotal moment in Bruna’s life came when she learned she would not be able to have children of her own. She began searching for alternative options and discovered adoption. After researching national and international adoption, she realized the importance of caring for children around the world living in less fortunate circumstances. She hopes that through Amani Institute, she will learn how to develop everything she needs to become a social leader in the area of adoption.