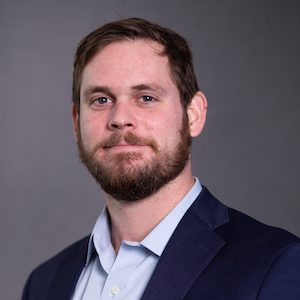 Dan Bennett believes in changing the world through developing leaders. He serves as the Chief Executive Officer of the Amani Institute. Prior to Amani, he spent a decade at the Atlantic Council building and leading the organization’s center for global leadership and education – the Millennium Leadership Program.

As a coach, program leader, and facilitator, Dan has worked with leaders in over 80 countries across business, government, and civil society. In the public and nonprofit sectors, this includes senior government and elected officials ranging from staff at the White House National Security Council to mayors and ministers as well as award-winning artists, authors, activists, scientists and academics. In the private sector, Dan has served as a partner in leadership development for CEOs and start-up founders as well as senior leadership at fortune 500 firms including Google, Facebook, PayPal, Goldman Sachs, Morgan Stanley, Airbus and many others.

As Director of MLP, Dan co-founded the center’s flagship experiential learning program, the Millennium Fellowship. Alongside a hybrid curriculum of trainings, coaching, retreats, workshops and conferences, the fellowship features “immersion” programs on the front lines of global challenges. He has supported or led these programs in over twenty countries since 2011, including in the Syrian border region of Turkey at the height of the refugee crisis; Kyiv, Ukraine after the 2016 Revolution of Dignity; rural Colombia, Bogota, and Medellin after the FARC peace deal; Sarajevo, Bosnia on the 25th Anniversary of the Dayton Accords; across India and Pakistan to explore cross-border entrepreneurship; and throughout Europe, the United States, the Middle East and North Africa.

Dan’s leadership development background includes executive coaching, Design Thinking/Human-Centered Design, psychometrics, and Adaptive Leadership. In 2019, he created Stepping Stone LLC, a private coaching and Design Thinking practice offering affordable leadership development and innovation services to a younger generation of leaders. He is also an advisor to the Jeffrey A. McLean Foundation, a nonprofit that provides scholarship funding to offset the costs of unpaid internships for students and recent graduates without the financial support to accept an unpaid career opportunity.

Prior to the Atlantic Council, Dan worked in Cairo, Egypt coordinating advocacy programs during the Arab Spring. He earned his bachelor’s degree in international relations with a minor in Arabic at Tufts University, studied Arabic at the American University in Cairo, and is a graduate of Georgetown University’s Institute for Transformational Leadership. Dan spent 13 years living in six different African Countries and currently resides outside Washington, DC. with his wife, Kristin, and two children, JJ and Olivia.