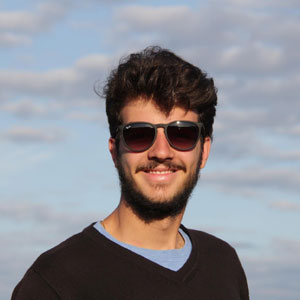 Daniel’s passion for traveling and desire to be in touch with people from different cultures led him to live away from his hometown, Porto Alegre, Brazil, for four years. In those years, he had the opportunity to work in a few social projects. The first one was an internship in a social architecture foundation (Hunnarshala) in Bhuj, in the Indian state of Gujarat, where he had the chance to participate more closely in a housing and urbanisation project in a slum community. For his last internship he decided to work as a volunteer in an NGO (FM4 Paso Libre) in Guadalajara that provided social and legal assistance to Central-American migrants in Mexico. In 3 months he got to know the hard reality of immigration through the stories and the accounts of the – mostly – young men trying to escape the violence from the “pandillas”, or simply seeking a better future in the United States. After coming back to Brazil, he started teaching French and discovered a new passion in education. Daniel believes that his experiences abroad built up the person he is today. Being a bicycle enthusiast, he would like to learn more about urban mobility and sharing economy, believing that we can transform the way cities and citizens relate themselves through social innovation. Daniel studied two years of International Relations in ESPM Brazil before moving to Lyon, France, where he graduated in Sustainable Development and Fair Trade Business, in ESCD 3A. Besides, he also lived in the US, Ireland and Peru; thanks to those experiences he is fluent in Portuguese, Spanish, French and English.