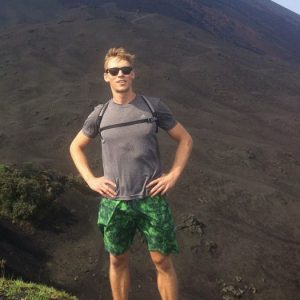 Evan’s passion for adventure began when he was twelve years old and volunteered to go with a group to Mexicali where they repaired homes and played with the children. He was profoundly stuck by the poverty he witnessed so close to home. Evan wanted to do something, but was still searching for what that was. Six years later, he got accepted to San Diego State University for their Entrepreneurship Program. He also studied abroad in Guangzhou, China for a year, and Edinburgh, Scotland for half a year, and it was a tremendous experience. After graduating, Evan put his entrepreneurship skills to the test while making an impact on his community. He grew and developed a community-based educational gardening business operating in the spring and summer. He spent winters volunteering and living in Colombia, Argentina, India, and most recently, in Guatemala City. Evan looks forward to growing and implementing his vision of opening up the world to children through tablets and technology. In this way, more children can have the opportunity to learn no matter the circumstance in which they were born.