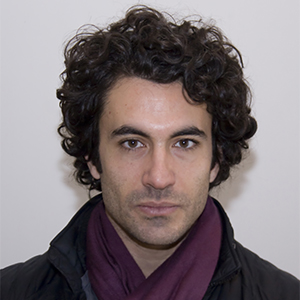 Always driven by curiosity and passion, Giovanni is a globetrotter, architect, painter, designer, producer, meditator and aspiring activist and social entrepreneur. He has already worked in Europe, the Americas and in Australia. He has been involved involved in a wide range of multidisciplinary projects, related to teaching and managing culture.

He worked in Chile with Alejandro Aravena, on social housing (ELEMENTAL), as well as a variety of architects including Solano Benitez (Asuncion, Paraguay). He has been Professor of Interior Design and History of Art at the Academia del Lusso and Istituti Callegari, in Rome, as well as scientific curator of exhibitions of Carioca and Paulistas artists at the Brazilian Embassy in Italy. He was appointed as a Curator of the Venice Biennale 2016. He has exhibited in Italy, Brazil, Kuwait, Norway, Thailand and at the European Parliament in Brussels.

In a recent collaboration with the University of New South Wales, in Sydney, Australia, he developed a research project which investigates the relationship between architecture, finance and technology.

His particular interest in studying Social Innovation Management at Amani Institute  is related to the idea of developing an experimental path, linking the social context with new ways to live and work.