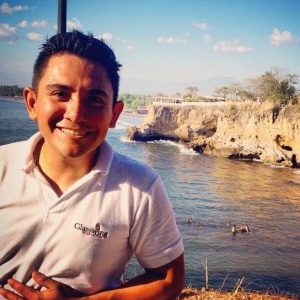 After graduating from Amani Institute Jose worked as a Civil Affairs Officer, United Nations Organization Stabilization Mission in the Democratic Republic of the Congo and is now the Program Officer, Latin America & the Caribbean at the International Republican Institute in Washington, D.C.

Jose joined the Amani Institute from El Salvador, Central America. After having received various fellowship and scholarships to study and work in the United States, Jose decided to pursue his call to serve others. He therefore pursued further international development graduate studies in Europe focusing on post-conflict governance issues in El Salvador. After working at the European Commission Directorate for Development and Cooperation on joint project management control and the United Nations Secretariat on peacekeeping operations and citizen participation affairs, the importance of fieldwork and personal engagement for social change became so apparent that he decided to return home. Jose has been working at Glasswing International, a Salvadoran NGO with presence in 14 Latin American countries, liaising with local private sector and coordinating corporate social responsibility investment on violence prevention initiatives. Jose holds a B.A. in Political Science and Economics from Ave Maria University (Florida, USA), an M.A. in International Affairs from the Catholic University of America (Washington DC, USA) and an MPP in International Development from Erasmus Universiteit Rotterdam (The Netherlands) and Central European University (Budapest, Hungary). An avid lover for languages and cultures, Jose speaks Spanish, French, English, German, and Italian fluently and some Croatian and Slovak (and hopefully some Swahili after his Kenyan experience!).