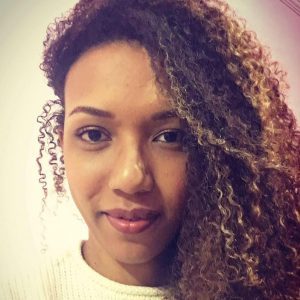 Supervisor of Political Action at Brazilian Institute of Criminal Science

"A world where differences are respected and equally present."

Lorraine is from São Paulo-Brazil and works with criminal sciences and human rights at the Brazilian Institute of Criminal Sciences ("IBCCRIM") as supervisor of political action. Currently, she is doing her Master’s in Human Rights at São Paulo University, in 2015 she completed her undergraduate degree in law at Mackenzie University with a full scholarship and in 2018 finished two post-graduate courses, one on economic penal law at Getúlio Vargas Foundation and another in the field of fundamental rights via a partnership between IBCCRIM and Coimbra University.

Throughout the second year of the undergraduate course, she won a scholarship to study for six months in France, at the University of Versailles Saint-Quentin-en-Yvelines, where she was able to study law and international affairs from another historical reference point of view. In 2019, her article about the genocide of the Brazilian black population was selected to be a chapter of a special book organized in response to the murder with more than 80 shots against a black man in Rio de Janeiro. She has the strength to bring changes in her social environment that can involve others to participate and construct spaces of resistance. She is constantly chasing for a bigger network of transformations, which is why she joined Amani Institute as a Social Innovation Management Fellow. You can read her (in Portuguese) here and here.