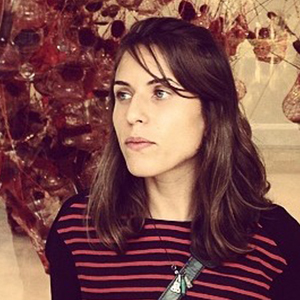 Born in Rio de Janeiro, Luiza holds a BA in Journalism and Filmmaking at the Pontifícia Universidade Católica do Rio de Janeiro (PUC-Rio). She also studied at the International Center of Photography (NY) and Schumacher College Brazil. She has worked for more than 5 years in the filmmaking industry and was part of the production company Videofilmes, working on fictional and documentaries such as: “Jia Zhang-ke, a guy from Fenyang”, directed by Walter Salles; “In the Intense Now”, directed by João Moreira Salles; and “Last Conversations”, directed by Eduardo Coutinho. In 2016 she cofounded the production company “Mairarê” (meaning “tomorrow“, in tupi-guarani language), which aims to discuss how the work in the cultural sector can contribute to the development of a fairer, responsible and more sustainable society. Mairarê’s goal is to produce shows, films, commercials and series that deal with social responsibility and raise popular awareness.