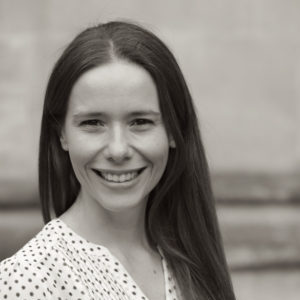 Marina Mansilla Hermann is a social entrepreneur in the field of environmental education and youth empowerment. Starting at age 9, she has spent the last 26 years inspiring, supporting and mobilizing youth to address the challenges of sustainable development at local, national and international levels.

Marina is currently part of the team at GlobalOptimism.com, serving as Chief of Staff to Ms. Christiana Figueres, Former Executive Secretary of the UNFCCC and Convenor of Mission 2020. In this role, Marina supports Ms. Figueres across all her engagements and in the broader global effort to peak greenhouse emissions by 2020. She also leads Mission 2020’s Land Use and Nature Based solutions Milestone.

Previous to this role, Marina spent eleven years at Ashoka identifying, supporting and mentoring a new generation of young social entrepreneurs and innovators around the world. During this time, she trained and mentored hundreds of young changemakers and supported the launch of 300+ social ventures, many of which have evolved to become fully-fledged social businesses or non-for profit organizations.  Later on, she managed Ashoka’s strategy to transform education in Europe, bringing together social innovators, educators, thought leaders and influencers with the ultimate goal of reinventing learning as an experience that enables every child to become a changemaker and make a positive contribution to society.

Marina is the founder of Fundación TierraVida, an Argentinean-based NGO working to unleash young people´s potential to drive environmental sustainability in Latin America.  Through her work with TierraVida, she has been named a British Council Climate Champion (2011), a Global Shaper with the World Economic Forum (2013) and a Global Good Fund Fellow (2014). Previously, Marina worked for more than a decade with Peace Child International, as a consultant for a GEF/UNDP wetlands conservation project and served as a youth advisor to UNEP.

Marina has been trained by former vice-president and Nobel Peace Prize Al Gore as part of his Climate Reality Project. She holds a BSc. in Environmental Sciences, an MA. in Environment and Development from King's College London and is currently pursuing an Executive MBA at ESMT Berlin.

If not trying to change the world, you can find her on the yoga mat, salsa dancing, walking her dog or reading yet another book.