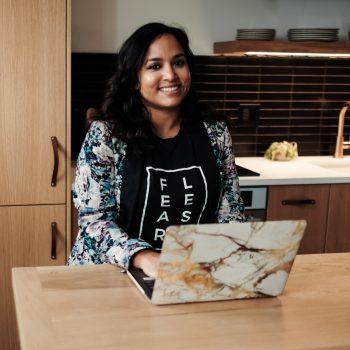 Melissa Alam is a multi-passionate entrepreneur, brand strategist and photographer based out of Philadelphia. She works with creative entrepreneurs and bold brands to design their brands from the ground up. Melissa is also the brains behind FearlessCon, an annual conference held in Philadelphia that hosts inspiring panels and business workshops for women who get sh*t done.

A self-proclaimed #ideaholic, Melissa was the founder of the first all-female co-working space in Philadelphia called The Hive in 2014 and launched a successful digital media platform for ambitious women called Femme & Fortune. When she’s not busy staring at her computer screen, Melissa can be found at random open mic nights doing stand-up comedy or travelling the world one cheap ticket at a time.

She’s excited to be an Amani Fellow and to explore a potential new career path while immersing herself in a beautiful, foreign country.