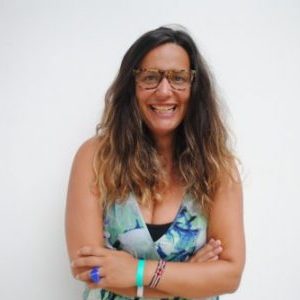 Playing a part in driving positive change is not a career that Melissa chose. It’s an ethos that her parents brought her up with, and one that she couldn’t be more dedicated to pursuing. Melissa comes from an extremely international upbringing (being adopted from Brazil, brought up in Spain by a Dutch mother and English father). With over 12 years of professional experience working across the public, private and social sector in Europe, Latin America, Africa and South Asia she has designed and managed a portfolio of complex programs. She co-developed the first ever sustainability strategy for the 2014 FIFA World Cup, which inspired her to further pursue an MSc in Sustainability Science and Policy from Maastricht University (Netherlands). She also worked for the City of London Corporation where she managed several projects focused on tackling issues around diversity, entrepreneurship and sustainability in the Financial and Professional Services Industry across London and the UK.

Having lived and worked in more than ten countries, and travelled extensively, Melissa is inspired by the role of innovation in emerging markets and is committed to building the capacity of individuals and organizations so that they can further increase their positive impact in the world. As a creative and strategic program designer she had worked as a Program Manager at Amani Institute in India until April 2019.

When she is not at work, she enjoys working on her own personal development practicing several types of dance, yoga, chanting and exploring new places and cultures. Melissa thrives on having hearty debates about changing the world and is constantly seeking opportunities to grow.