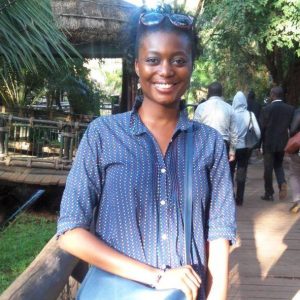 Ayuma is currently serving Female & Executive Changemakers across the globe as a Leadership Storytelling Coach at Leading through Story (LetS), a for-profit Social Enterprise based in Nairobi which she started in Nov 2015. Her initiative inspires the application of authentic storytelling as an effective skill for awakening adaptive leadership and addressing the global gender gap.

On her first year at LetS, she served more than 240 change makers from across the globe through online and offline workshops, team consultations and one-on-one coaching sessions. About 32 Executive Leaders and 5 Social Enterprises were served which all amounted to more than 700 hours of service.

She also worked as a writer at several lifestyle magazines in East Africa. Ayuma has a Bachelor of Arts degree in Communication from Daystar University with a double concentration in Electronic Media and Public Relations. She also successfully completed a Storytelling for Change course by +Acumen. Her interests include connecting with people, cultural stories, immersion travel experiences, and experiencing new food.