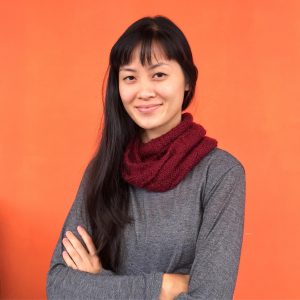 Having grown up in the comings and goings between São Paulo and Vale do Paraíba, Brazil, Patrícia experienced her initial transcultural encounters while she was a Girl Scout, which fueled her curiosity about the world’s diversity, and the meaning of doing a “good deed”, and motivated her to move to Belo Horizonte to study international relations to "better understand the world".

Patrícia is continuously seeking the best ways to create a positive and holistic impact to work towards a better, dignified, and just world for all. Throughout her career, she has worked in the management and operations of several projects addressing topics such as youth leadership, empowerment, and political education, responsible tourism and awareness about social inequalities, women's inclusion in technology and digital literacy, women's economic empowerment, prevention of sexual violence against children and women, and diversity & inclusion. Her close experiences with communities in social, political, and economic vulnerability in Brazil, Peru and Thailand have helped her develop a greater understanding of herself and her journey. Currently, she's an Atlas Corps fellow serving at Girl Up, supporting the global growth of the organization.

Patrícia is fluent in English, Portuguese, Spanish, and proficient in French, and holds a Master’s in gender studies, and a post-graduate certificate in Social Innovation Management from Amani. In her free time, she enjoys cooking (and watching tv series about food), cultivating plants, and making origamis.