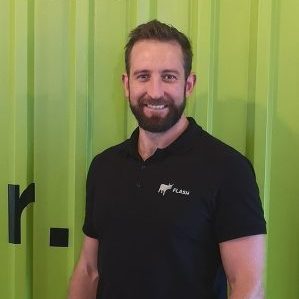 Richard Steward is from Johannesburg South Africa, where he completed his B.Com in Marketing Management and thereafter attaining his Honours in Logistics Management. He began his career in the freight forwarding industry where he worked his way up from salesman to marketing manager. Seeking new challenges, Richard moved to the Kingdom of Saudi Arabia to work for a local based FMCG Company managing their nationwide warehousing and distribution, with a focus on developing the local infrastructure and implementing standard operating practices. In 2012 Richard was a member of the company’s Talent Development Program for high performers.

Seeking a more meaningful career and purpose, Richard left Saudi Arabia to travel around Asia. It was after trekking around the Annapurna circuit in the Himalayan mountains in Nepal that he realized moving to a purpose-driven career was what he wanted. Soon afterwards he signed up for Amani Institute's Social Innovation Management course in Kenya. After graduating, Richard moved to Cape Town and became the Head of Agent Products and Design Thinking at Zoona, and was also selected to be part of their emerging leadership program called Kula. He is now the Product Portfolio Manager at FLASH, bringing innovative and customer-led financial & value-added services to the underserved communities all across Southern Africa. In his off time, he enjoys the outdoors and you can find him either trekking up a mountain, diving in the deep blue sea or mountain biking around the countryside.