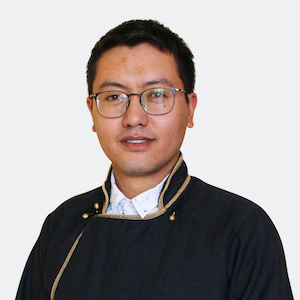 Hailing from Ladakh, a newly formed Union Territory in the Indian Himalayan region, Wangchok had a simple upbringing observing the introduction of technology, climate change, and receding glaciers, increasing tourism, ever-growing external influences, and thus the transforming lifestyle of the Himalayan communities.

He received his formal education in Ladakh and then Delhi with a focus on Social Work. He’s been actively involved in several projects in Ladakh and the Himalayas since 2015, working on youth-oriented programs, raising awareness, imparting education and exposure on the environment, cultural preservation, gender equality, among others, under the aegis of Live to Love India.

He believes that the future of the world lies in the hands of the youth and it is of utmost importance that they are equipped with current skills, have a broad vision, carry an altruistic and global mindset, and are courageous. He aspires to see the Himalayan youth, the torchbearers of a better tomorrow and guardians of the Himalaya, become conscious and effective leaders, living a life of impact.