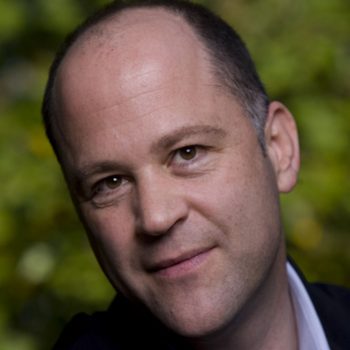 Advocacy, Leadership Development, Peacebuilding
Jerry White has over twenty-five years’ experience leading change-making campaigns to prevent mass destruction and increase civilian security worldwide. A social entrepreneur and senior Ashoka Fellow, White has helped train next-generation leadership in scores of countries to transform highly contentious issues into opportunities to unify communities, generate jobs and build stability and hope.Until December 2014, White served as Deputy Assistant Secretary of State in the new Bureau of Conflict and Stabilization Operations, where he was responsible for the Burma and Libya portfolios, as well as three new offices: Policy, Partnerships, and Training.

When he was twenty, White lost his leg to a landmine explosion while hiking in northern Israel. Seeking to build something positive from that experience, he has dedicated his life to nonproliferation and building resilience in individuals and communities affected by violent conflict. His co-founding of the Landmine Survivors Network, and later Survivor Corps, led him to pioneer techniques in victim-assistance strategies, providing tens of thousands of amputees with home visits, job training, artificial limbs, small business grants, and peer mentors. White wrote about his experience transforming victims into survivors and leaders in Getting Up When Life Knocks You Down: Five Steps to Overcoming a Life Crisis (St. Martin’s Press).White shares in the 1997 Nobel Prize for Peace awarded to the International Campaign to Ban Landmines. His 1997 trip to Bosnia-Herzegovina with Diana, Princess of Wales, was the event credited with putting the spotlight on the plight of hundreds of thousands of victims wounded by mines worldwide.

He specializes in building cross-border coalitions and history-making campaigns, three of which led to major international treaties: the UN Convention on the Rights of Persons with Disabilities; the Cluster Munitions Treaty; and the Mine Ban Treaty.In 2009-2011, White chaired the most successful civil society campaign since the 1950s in Israel to secure the first unanimous Knesset vote passing legislation to clear all non-operational minefields, including the Baptism Site of Jesus on the Jordan River. White was pursuing a graduate degree in Theology and Religious Studies at Cambridge University when he was called to serve in the Obama administration.