Quantifying my Immersion Phase in India 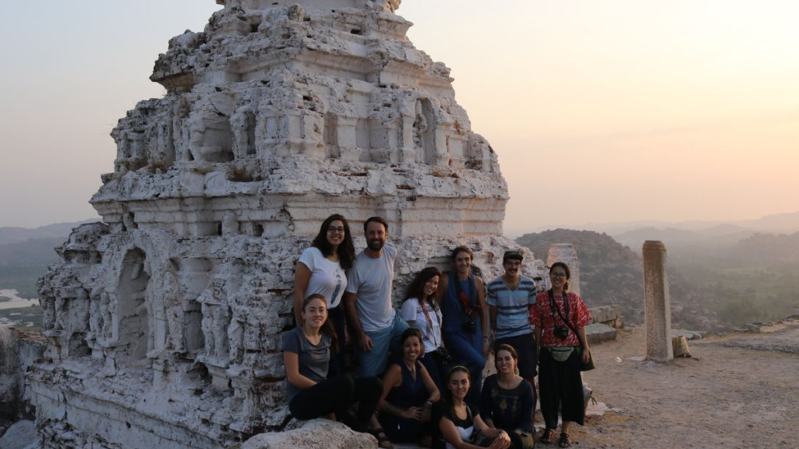 It’s been exactly one month since I’ve taken off on a sunny, frigid winter day in Berlin to arrive in Bangalore, marking my stay in India for the next 4 months. Filled with excitement, curiosity and a touch of trepidation, I started my journey.

One month. 22 amazing fellows who have all taken a leap by joining Amani, 16 of whom have travelled across continents to do so. 7 (at least) amazing Amani staff members, each of whom believes passionately about creating a better world and cares deeply about each and every one of the fellows and their individual journeys. One soul-touching bio-empathy trip in an amazing natural spot in Kabini. 10 classes. 12 days of working with the apprenticeship organization. 3 times I have moved in search of a suitable accommodation (I am picky, though). One more trip to the magical city of Hampi that left me with a strong itch for discovering more of India.

Lots of experiences have passed by; mostly good. Yet in the past days, curiosity has been taking a backseat and I am becoming increasingly annoyed with the little things. Judging by the internet’s handy guide to the common stages of cultural immersion, it seems I have passed through The Honeymoon Phase, marked by an overall euphoria, excitement and intrigue by everything around, and have now landed in the second phase – the “Culture Shock”, where the novelty of the new culture has worn off, and one starts to focus on the differences between the new culture the home culture. In my opinion, this is not necessarily a fully bad phase, because it makes you also appreciate the things you might otherwise take for granted.

The smaller things start to become more annoying. The unrelenting Bangalore heat, the incessant honking in the streets and the general visual chaos. Your senses are constantly faced with information to process, which is what makes India so special. A friend once described his experience in India as “recalibrating one’s senses”!

Not to fear, however. My handy guide also tells me that there are two other stages awaiting me: “Adjustment” and “Feeling at Home”. I await them eagerly.