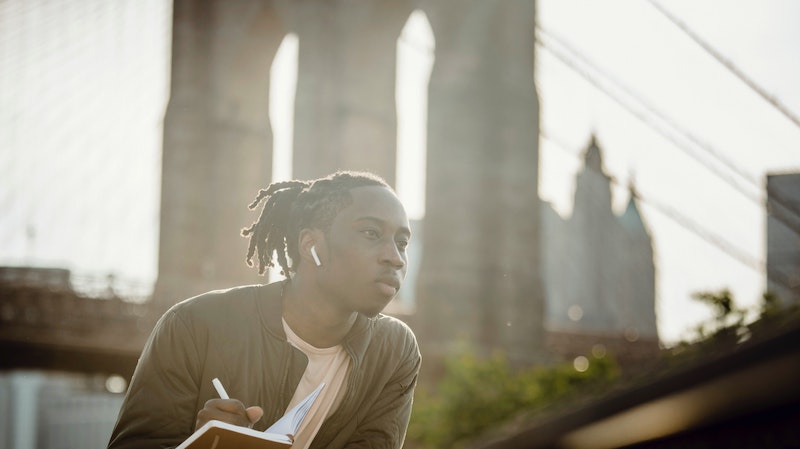 Unprecedented. I never thought I would ever hate a word as much as I have come to hate ‘unprecedented.’ An unprecedented virus leads to an unprecedented worldwide shutdown and unprecedented time of economic and social hardship. Unprecedented ways of socializing, interacting and traveling. But, the unprecedented is soon going to become the new normal and what excites me is that we have a chance to mold a new world, a better world. And who better to speak about imagining a new world than three panelists that have led, dare I say it, pretty unprecedented lives.

Edgard Gouveia, from Brazil, went from playing professional volleyball to rejoicing in design through architecture, before dedicating his life to activism through game design. Jewel Kilcher, from the USA, spent her adolescent years singing for hours every day in bars and living out of her car before becoming a Grammy-nominated, best-selling artist. Now, Jewel runs a non-profit for at-risk youth. Simon Cohen, from the UK, was a businessman who gave away his thriving communications business to pursue social change after being influenced by the likes of the Dalai Lama. Finally, the panel was moderated by Geraldine Hepp, from Germany, who has traveled the world delivering and facilitating leadership training to changemakers from 60 countries. I find it amazing that the internet can bring us all together like this, it was sort of like getting a seat at a bar with the most interesting people in the world, people that have experience in imagining new normals.

Edgard, who affirms that his work is about inventing new narratives, believes that we as human beings follow stories. To imagine this new future, Edgard says that we need storytellers of all shapes and forms from immigrants to bankers to artists, to form humanities’ collective story. Through this, he believes we can create a new narrative that invites possibility into the future. This got me thinking. I am South African, my ancestors are Indian and I am a Muslim. I have my own unique story but at the same time, the society I was born into is an inherited product of stories dreamed by everyone from colonial settlers to anti-Apartheid revolutionaries. My first takeaway from this webinar is that when we build our new normal, let it be on the foundations of stories of inclusivity and reservoirs of hope.

“Never in any other time in history, has every world superpower been afraid of the same thing.”

And while dreaming of this new future shines rays of optimism through the curtains, we are still living through ensuing chaos. At one point, Simon bravely admits that during this time he has had to deal with his inner critic a lot more. During our respective lockdowns, we were forced to confront ourselves, our feelings and emotions; something that is easy to avoid in the hustle and bustle of our lives. When I was an Amani Fellow, my classmates would always laugh at me because I would run for the hills whenever it was time to confront my emotions. So, my fight or flight kicked in, but I listened on. Simon delved a little deeper in confronting our inner critic and sagaciously points out that we often trick ourselves into thinking that we experience our problems in isolation, that we are the only person facing them. But, as he sensibly points out, we can reframe these thoughts and instead of asking ourselves “why is the world doing this to me?” we can take a step back and realize that we are a part of something much bigger than ourselves. Jewel continues on this tangent and profoundly reflects that, “never in any other time in history, has every world superpower been afraid of the same thing.” So, while we each have lived through our own unique experience of the pandemic, we are set to come out with a sort of shared camaraderie and empathy like never before. It is fascinating to me that for the rest of my life, wherever I go and whoever I meet, we will all have a small piece of common identity that we can reflect on. This common piece of empathy that we will all share in the future is my second takeaway.

“I’m trying to reconcile my past and plan for the future so I can live in the present.”

Up to this point, Edgard beautifully put forward the type of future we should imagine and the entire panel reflected on the current situation, but one of my favourite moments of the night was when we spoke about reconciling the loss and devastation over the past few months. Simon points out here that endings need not be morbid and wisely says, “What if we integrated this idea of an ending or exit, not as some morbid, dark curiosity but rather as an essential part of what it means to be a human being.” He further provokes to reflect on the losses we have seen and to use these vivid experiences to live in a more meaningful way. Soon after, Jewel summarises my third takeaway beautifully by saying, “I want to live my values so well that if I had to die today, I can die well.”

“What if we integrated this idea of an ending or exit, not as some morbid, dark curiosity but rather as an essential part of what it means to be a human being.”

A while ago, one of my friends tweeted something along the lines of, “I’m trying to reconcile my past and plan for the future so I can live in the present.” This really stuck with me and out of the thousands of tweets I’ve read, it is one of the very few I remember. I don’t know when we stop saying ‘unprecedented’ and start feeling normal again. But, I do know that we are entering the new normal with a new sense of empathy and appreciation for life.

This webinar was hosted by Amani Institute as part of the Visions for Change initiative.